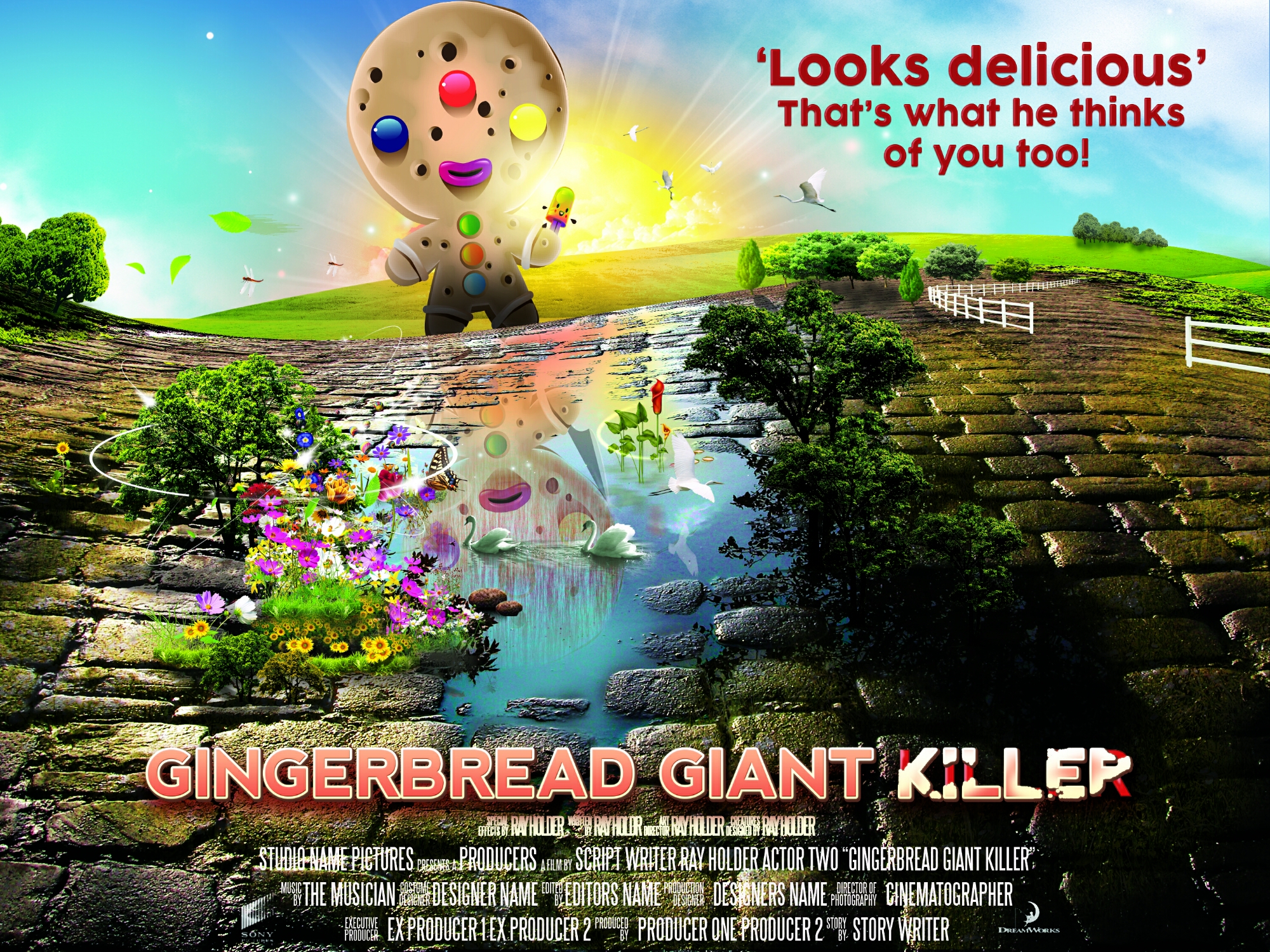 As part of my final year BSc Comp Animation with digital art degree I’m undertaking  a module called Presentation and Promotion, the aim of the the module is to create a number of posters/promotional material to show off artworks,  done digitally or processed digitally (the digital art part of the degree)  For my project I’m creating works containing food characters,  ice cream, fruit & vegetables and ‘junk’ foods all created in Adobe Illustrator, I have tried to use a variety of styles in these illustrations, some are flat design others are more 3D looking to demonstrate  different techniques.

My idea’s have come from a variety of sources, all along the lines of where and how could these character illustrations be used. Wanting to show my Graphic design skills using Photoshop and InDesign  I have created:

Here is a almost direct recreation of ‘The Breakfast Club’ movie poster,  but in this one I’ve used breakfast items illustrations to replace the films characters, adding a hint of the movies character to the food items such as a plaid shirt, the jocks varsity jacket number and an emo scarf.

A fake CGI movie for adults along the lines of ‘Sausage Party’ acknowledging that the food character idea has been done in that movie. This movie story is that a giant ginger bread man looks cute but is really a serial killer,  looking at the reflection in the puddle you see him covered I blood holding a knife.

A poster for an actual breakfast club,  could be used in a school or youth club promotional material.

Still a work in progress,  with 5 weeks till the hand in, we are just over halfway. I’m intending to more of the same and hopefully create some motion graphics.  I will post an update at the end of the module with all the work.